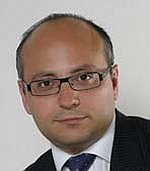 What is the "The Directors Dealings Fund" and when did it start?

"The Directors’ Dealings Fund" (‘DD’ Fund), launched as a Luxembourg-registered specialised investment fund (SICAV -SIF) in 2011 and is registered under the CSSF, regulatory authority of Luxembourg.

‘Directors’ Dealings’ is a novel investment strategy with an uncorrelated, low volatility return profile. The concept is easy to grasp and relatively well-known but, perhaps surprisingly, appears never to have been applied in its pure form in a focused investment fund.

Yet selective buying and selling of blue-chip shares on established Stock Exchanges following the lead from a given company’s own Board directors has been shown over many years to be a remarkably successful approach to investing.

Our investment philosophy is based on (3) fundamental pillars. In order to help potential investors to understand our methodology we summarize below these key elements,

The Directors Dealings Fund is denominated in Euros, US Dollars and Swiss Francs. It has a relatively low risk profile as it does not employ leverage or use structured products, but it can ‘short’ stock when it follows ‘sell’ signals given by company directors.

The Directors Dealings Fund offers monthly and soon weekly liquidity and has no lock up periods. Given its unique und uncorrelated investment strategy, the DD Fund might be considered for any qualified investor`s diversified portfolio as a natural hedge.

Is it for every investor or it is focuses on specific target client groups?

Only experienced and qualified investors can invest with our fund. This is not a retail fund. Currently our focus remains on high and ultra-high-net-worth investors, family offices and private banks.

Does money and risk management play important role in your investment approach?

Risk and money management plays a paramount role to our investment approach. We respect risk as a good captain respects the sea. We believe that we can only win this game if we are here tomorrow and the day after and so on and so forth.

We stay away from second-guessing and we strive to initiate investments when all of our criteria have been met. We don’t invest according to where the market will move – we do not speculate. We believe the markets will continue to fluctuate and regardless the direction we opt to position ourselves according to what the “Vital Few” are doing. Hence we are market, sector agnostic.

We target risk-adjusted-absolute returns with low correlation. We are able to achieve such returns because:

In addition we use no pair trades or futures to hedge individual positions or our portfolio respectively – a common approach used by many funds, leading to crowded, inefficient and thus risky trades. We hedge by shorting shares in companies were we have strong indications that their directors believe their futures are insecure. We are naturally hedged and see those trades as profit centers.

What controls do you use to measure yourselves beyond the traditional risk management industry tools?

There are eight key variables that support our investing system:

What do you think is the difference with other funds in the global market?

We are the first and only fund in Europe and the US to apply 100% Directors Dealings in their decision making. There are other funds that have used their own interpretation of Directors share transactions as part of their investment methodologies. However, mainly as part of a multivariable investment model. We strongly believe such approach contaminates the purity and reduces the effectiveness of the Directors Dealings signal strength. In addition our approach is counterintuitive and requires a significant amount of expertise and knowledge which is difficult to replicate. Finally, we believe that human habits don’t change easily and the adoption of the Directors Dealings investment approach requires a significant shift in perception and investment approach.

In a nutshell we differentiate by:

In what kind of companies do you concentrate your analysis and for what countries?

We focus on mid and large capitalization companies in Europe and the US. The allocation is 80% Europe and 20% US. However, we are country, industry and sector agnostic. We realized pretty soon that the Directors are very accurate indicators of which industries and sectors will perform well in the future and which not. This is also one of the competitive advantages we have when compared to the rest of the market.

More over we have a window of opportunity to build a position without feeling that the price will run away. Independent studies have proven that stocks don’t react immediately.

Can you apply your methodology the same to Blue Chips as well as on small and middle cap companies?

Yes, however with small companies liquidity issues should be taken under consideration as well as that the directors tend to be younger and less experienced.

What is your view about 2012 for the capital markets? Do you think the debt crisis will expand more?

The debt crisis will be much associated to the decisions taken by policymakers. Some countries might get forced to adopt into a new reality and even leave “€”. Others will proceed within a deflationary environment in danger of slow economic growth as a result of extended austerity measures. There have been several voices on how to resolve the current deadlock. In general I agree with the camp that claims inflation might appear to be an attractive way out of sovereign debt - an effective way to transfer wealth from creditors to debtors.

Possibly even I could imagine that central banks would be willing to go down that road if the alternative were a deflationary slump. The Fed has made that perfectly clear. However on the other hand stand the markets. It is hard to see why they would let policymakers get away with it. A repeat of the 1970s when investors persistently underestimated inflation does not seem likely and any attempt to inflate debt obligations away likely would trigger a revolt in the bond and/or currency markets.

Hence, although inflation is possible a deflationary scare seems more likely. Quantitative easing by the Fed and excess borrowing allowed by ECB has simply led to higher excess reserves in the banking system and deposits back on ECB held by the same backs that borrowed the money. Thus, rather than an inflationary surge in money and credit we see higher savings and less lending. This is fully consistent with a deleveraging cycle. In addition high unemployment, lack of job security, higher taxes, and significantly reduced disposable income have robbed labor of any bargaining power over wages.

It is difficult to see inflation getting entrenched without wage growth picking up. Thus, I believe the world currently is more deflationary than inflationary for 2012 and 2013.

There is another reason why a sustained period of high inflation also is unlikely. This is more of a qualitative reason nevertheless holds its ground. The current generation of central bankers in control are totally different from the central bankers that allowed the inflation of the 1970s to take hold. In those days they were caught off guard because their formative years were in deflationary times and that affected their perception of risks. In contrast, the current central bank leaders remember the 1970s and are determined not to repeat that mistake. They are prepared to take some near-term inflationary risks to prevent a deflationary slump, but that is not the same as targeting an extended period of higher inflation as a solution to excessive government debt. That is why we probably would need a deflationary period to continue for the next few years.

More specifically for European equities, I believe they will be affected by Global growth as much as domestic growth, the time lag for borrowed money that lead into spending – hence borrowing/deleveraging can also be a good indicator for the direction of the markets. In addition another factor, contrary to general belief that the level of debt or borrowing significantly dictates the market direction, will most likely become the change in borrowing between the last six months to the previous etc. As such I expect a healthier first half than a second. Nevertheless we take our investment decision in the Directors Dealings Fund based only on qualified share transactions performed by the executive directors in the share capital of the companies they are employed. No external factor affects our investment decisions.